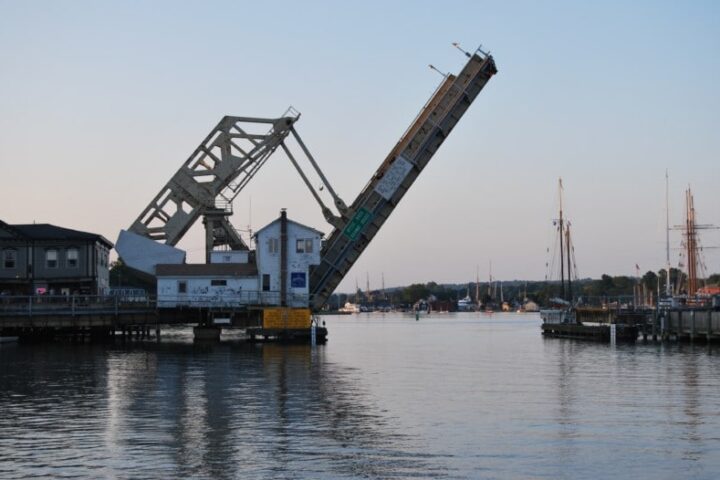 The Mystic River Bascule Bridge (known to locals as the Mystic drawbridge) bisects downtown Mystic in two halves. Locals often find themselves vacillating between enjoying the beauty of the bridge and annoyance at the inconveniences it can cause when it goes up and stops traffic for a few minutes. You might find a new appreciation for it after reading a little more about its history and learning some fun facts about it.

The Strauss Heel-trunnion type bridge was designed by former Otis Elevator Company Chief Engineer Thomas Ellis Brown of New York and built in 1920 by the J. E. FitzGerald Construction Company of New London, Connecticut, according to its historical marker.