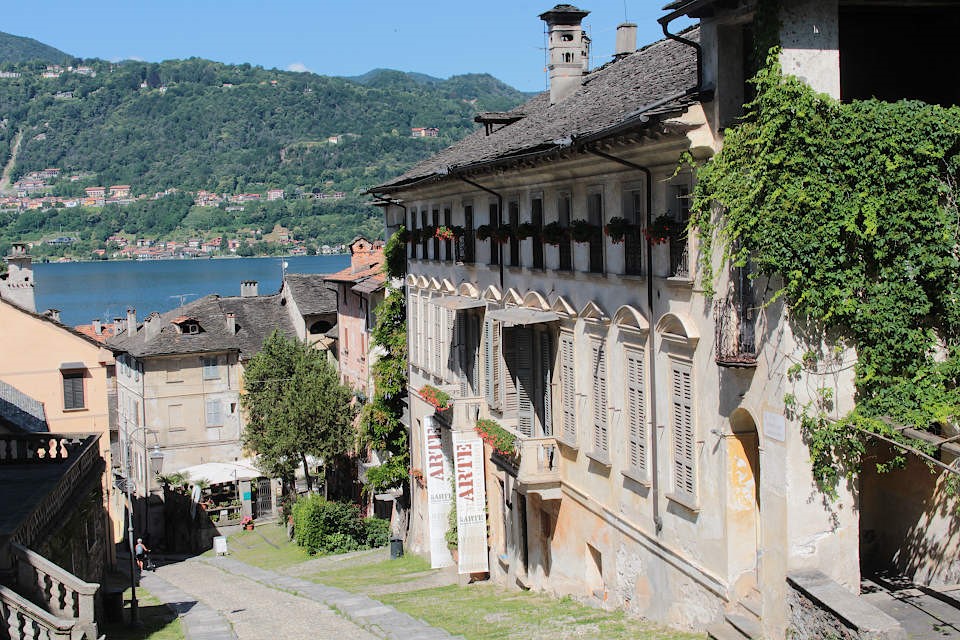 The history of Orta San Giulio and its name

Are you ready to find out about Orta San Giulio, all you need to know? The history of this small village is truly astonishing, starting with the first prehistoric tribes who founded it. But leaving out all this, have you ever wondered why the village has this name? Let’s find out together.

At the end of the 4th century, Christianity arrived on the Riviera thanks to the two brothers Giulio and Giuliano who abandoned the Greek island of Aegina to escape persecution against Christians. With the approval of Emperor Theodosius, the two brothers set out with great zeal to tear down the pagan temples, erecting churches sacred to Christ in their place. Giulio and Giuliano thus erected ninety-nine churches and thinking that their life was now about to end, they hastened to erect the hundredth and prepare a tomb where they could rest forever.

Giulio then left his brother in Gozzano and walked towards the shores of the lake from which you could see a small island uninhabited by man but which was known to be infested with dragons and snakes. He did not find a boat and so he spread his cloak on the water, got on it and with the help of the pilgrim’s staff reached the island. Armed “only with the sign of the Cross” he chased away the snakes and began the construction of his last church on the top of the rock. Tradition has it that after laying the foundations, construction began again in a more accessible place on the island, where the Basilica now stands.

At the end of the works, in 392 he died and was buried in his hundredth church. The Roman senator Sant’Audenzio and the bishop of Sion Elia were also buried in the same place, who with a group of monks had sought refuge on the island to escape the Aryan persecutions and who, on the death of the Saint, succeeded them as head of the community that was formed. It is believed that Onorato (489-500), seventh bishop of Novara, was the first to extend his authority on the island by starting the construction of defense works continued by his successors.

What we have told here is the story according to which Orta San Giulio takes this name, a thesis even more corroborated by the fact that it is an anecdote halfway between religion and the true historical course.

The fact is that beyond the birthplace of the village or who has actually made value within its reach, today it should be considered one of the most beautiful villages in our Italy. Given that the unspoiled nature still surrounds this picturesque village that really seems to come out of a painting.